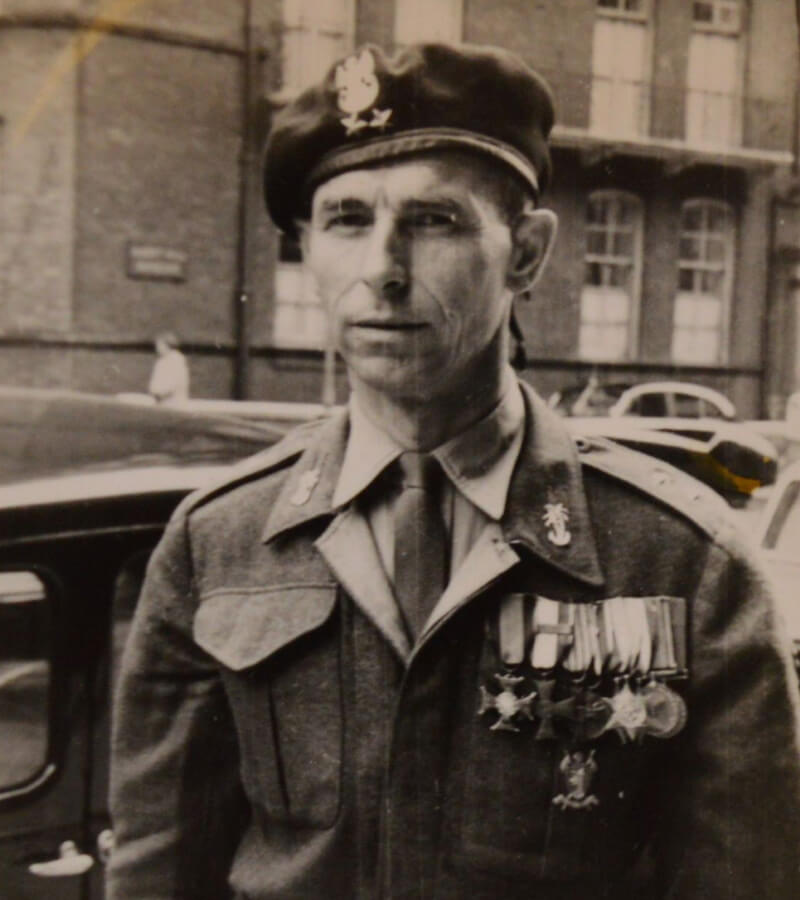 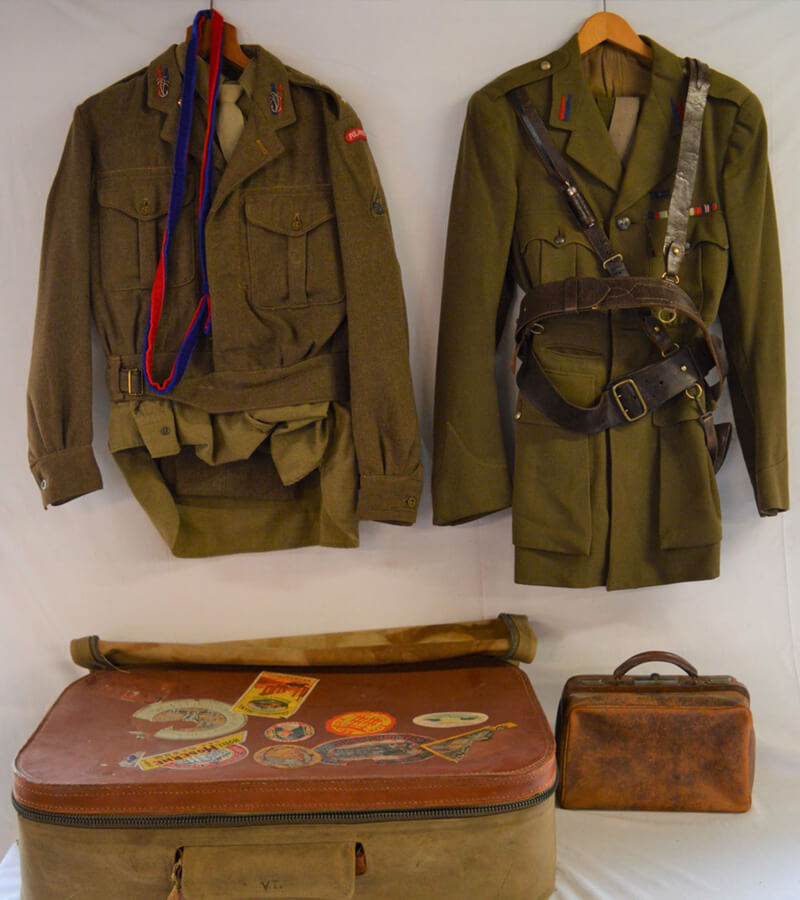 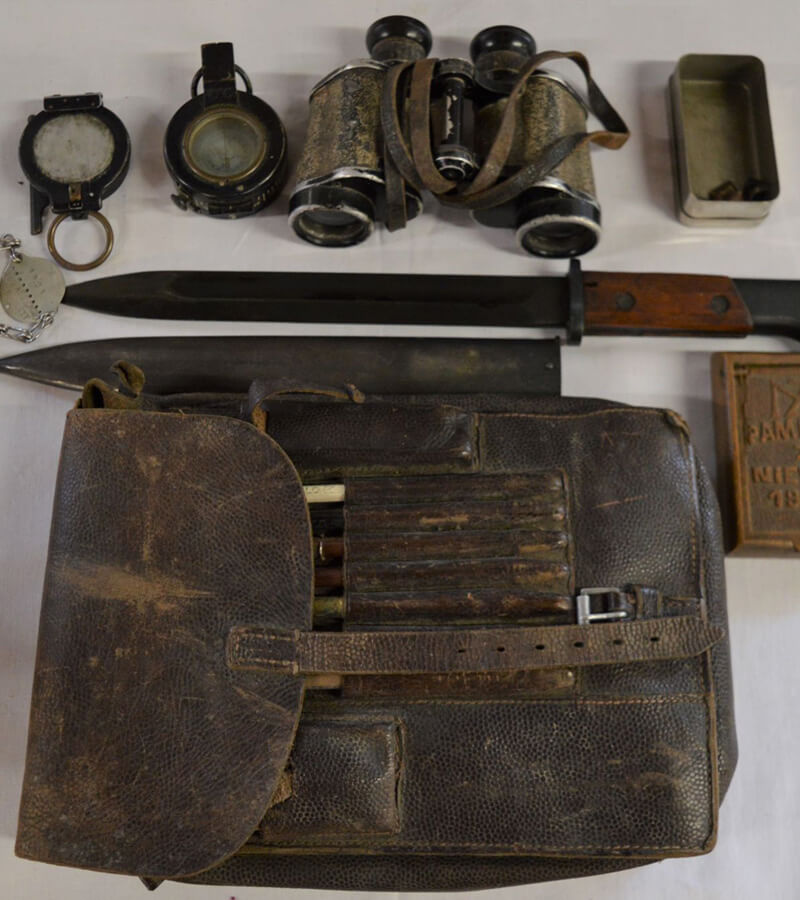 They stole a train to get into the war… started their campaign against Rommel’s tanks on horseback… got into the thick of some of the most ferocious fighting of the entire Second World War… and achieved immortality when they resorted to throwing rocks at the Germans after running out of ammo.

The Polish Carpathian Lancers were some of the most remarkable fighting men of the conflict, not least because when the war was won they were left homeless. They were brought to England, billeted in a former Italian prisoner of war camp on the edge of Grimsby, and given the choice of staying in the West or returning to a Poland that was then in the grip of Stalin.

Almost everyone decided to stay, many in North East Lincolnshire.

Captain Wincenty Tomaszewski married a Grimsby girl, returned to his trade of motor mechanic, became the owner of a large local garage – and cared for a wonderful treasure trove of Carpathian Lancers material and mementos until his death in 1985.

Now, 37 years later, the collection is to go under the hammer at an auction at John Taylors Auction Rooms in Louth next Tuesday (October 11th).

The collection includes photograph albums packed with shots taken during the Lancer campaigns in the Middle East, North Africa and Italy, including some extraordinary snaps taken during the ferocious battle of Montecassino… actual campaign maps… souvenirs taken from defeated Nazi soldiers… German propaganda leaflets… as well as Captain Tomaszewski’s uniforms and medal award.

Auctioneer James Laverack said: “It is an extraordinary collection relating to a scarcely believable story.”

“The Carpathian Lancers regiment was formed in Syria in early 1940 from around 500 men who had escaped after Hitler’s invasion of Poland. Syria was at the time part of the French sphere of influence in the Middle East but when France was defeated just a few weeks later the Poles quickly moved on, commandeering armoured cars, horses and even a train to reach British Palestine.”

“The Lancers went under British command, joining the Eighth Army in the Western Desert, initially patrolling on horseback before, rather reluctantly, being converted into a motorised regiment. One young lancer later recalled ‘We felt sad to say goodbye to the horses, which we loved, but it was our chance to take revenge on the Germans’.”

“They were part of the forces that successfully defended Tobruk during the eight month siege in 1941, fought in the Battle of El Alamein and served in the front line in the Italian campaign, most notably during the savage four month long battle of Montecassino that saw hand-to-hand fighting and the occasion when the Poles threw rocks at the Germans after they ran out of ammunition.”

Captain Tomaszewski, who was a second lieutenant commanding a platoon in the final assault on the historic hilltop abbey, later recalled: “I went up there with 32 men and came out with only seven – the rest were either wounded or dead.”

Mr. Laverack said: “Captain Tomaszewski’s wartime collection… including his Virtuti Militari, the highest Polish military medal, awarded only for outstanding valour in battle… has passed down several generations since his death and it is family descendants who have decided that the time is right for it to become part of a more extensive collection.” 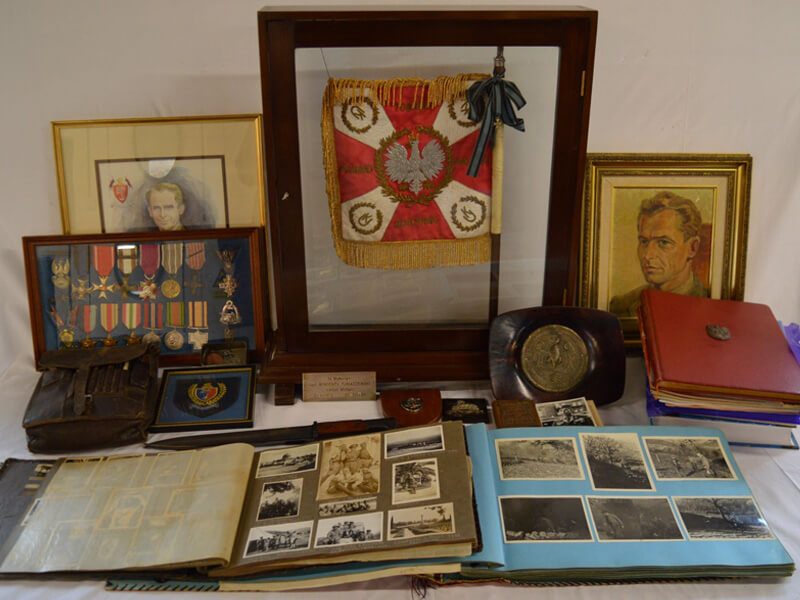 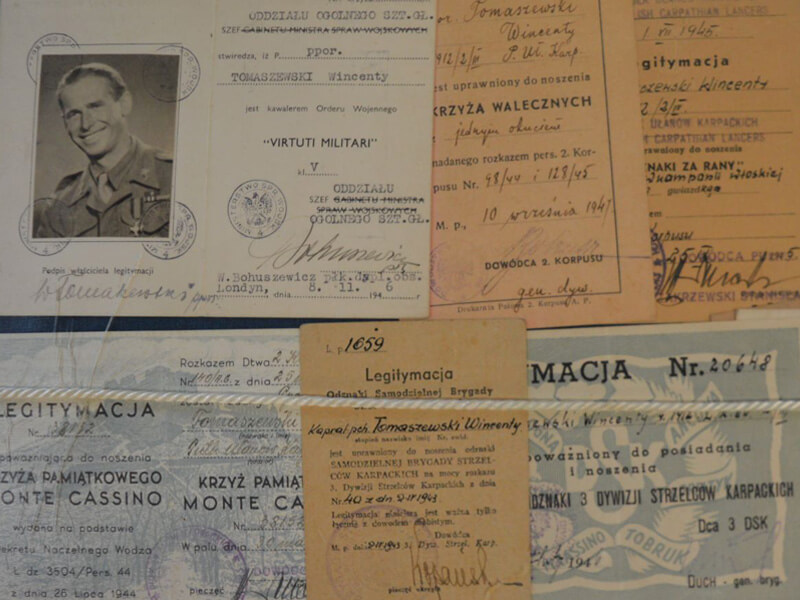 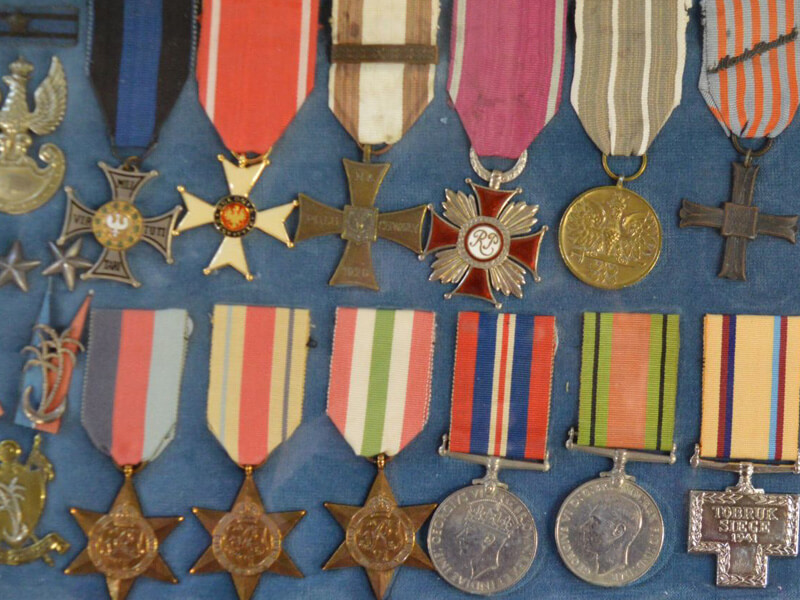 The auction catalogue is available here.

The viewing sessions are on Sunday and Monday 9th & 10th (1pm-3pm). The auction starts at 10 o’clock on Tuesday (11th). It is to be webcast live on the Internet via www.the-saleroom.com.